Innovators. Renegades. Pioneers. Canadian musicians have long punched above their weight both at home and internationally. The history of music in our country is filled with bold and surprising moments. And the future is bursting with promises.

In 2017, Canadian performing arts organizations and individuals across the country will celebrate Canada’s Sesquicentennial. The Toronto Symphony Orchestra (TSO) is honoured to have been chosen by the Government of Canada to present Canada Mosaic. Highlighting this nation’s diverse musical landscape, Canada Mosaic underscores our rich musical past, present, and future through performance, education, innovation, and collaboration in every province. From indigenous to indie, classical to cutting-edge, and with innovative collaborations from coast to coast to coast, Canada Mosaic is a Signature Project of Canada 150, funded by the Government of Canada.

“The Government of Canada is proud to support this major project by the TSO, which will highlight the talent and creativity of our artists and the wealth of our musical heritage,” comments The Honourable Mélanie Joly, Minister of Canadian Heritage. “What a wonderful way to celebrate our 150th!”

Across the 2017 calendar year, the TSO will present an unprecedented number of commissions, legacy works, and thematic programs. Spotlighting the wealth of existing and new Canadian music, these initiatives will include classical, pop, indigenous, and film music. Cross-country orchestral collaborations will showcase the vast network of excellent Canadian orchestras, composers, and soloists. Pioneering digital resources and an e-learning platform—with TSO concerts, listening guides, and other interactive resources—will engage new and existing audiences of all ages.

“With this project, we hope to foster diversity, openness, and inclusion,” notes Music Director Peter Oundjian. “This once-in-a-generation opportunity offers the chance to do something truly transformative for Canadian music. In addition to honouring the country’s musical past, the new commissions will incorporate distinctively Canadian characteristics, including aboriginal artists, multicultural elements, and non-classical musical traditions.” 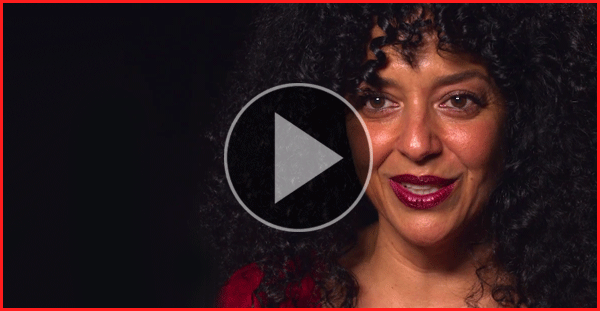 Throughout the entirety of 2017, the TSO will showcase the riches of Canadian music. Looking back at the invaluable contributions of past composers, and leaping forward to celebrate the current generation of gifted Canadian artists, the TSO will put the spotlight on Canadian music—sometimes in the form of an entire concert, and sometimes as a highlight in a regular program.

January 28, 2017: Eruption
The fine musicians of the Toronto Symphony Youth Orchestra (TSYO)—the next generation of great orchestral performers—join forces with the TSO in the World Première of Dutch-Canadian composer Edward Top’s Eruption. The combined 150-musician-strong orchestra, under the baton of TSO Music Director Peter Oundjian, will also travel to Ottawa and Montréal together to share the impressive new work with more Canadian music lovers.

February 1 & 2, 2017: Canadian Voices, Global Stage
The TSO also celebrates Canadian artists who shine around the globe as musical ambassadors. Soprano Karina Gauvin and baritone Russell Braun are both symbols of Canadian artistic vibrancy. They bring their international panache to a program that includes music by Fauré and a work by gifted Montréal composer Samy Moussa.

February 25, 2017: DAM! The Story of Kit the Beaver
In partnership with TIFF, the TSO has crafted a delightful program for kids and families that explores the magic of movies and music. DAM! The Story of Kit the Beaver is a newly commissioned short film by Kjell Boersma with accompanying live orchestra score by Toronto composer Erica Procunier, led by RBC Resident Conductor Earl Lee.

March 11, 2017: Nicole Lizée & Cassandra Miller (part of the New Creations Festival)
André de Ridder is at the podium for this unique concert—hosted by Peter Oundjian—that features wild and imaginative World Premières by Canada’s own Cassandra Miller, whose music was described as “sweet, slightly surreal,” and Nicole Lizée, billed as a “brilliant musical scientist.” Lizée’s work is performed by the dazzling Kronos Quartet.

June 10 & 11, 2017: CA-NA-DA!
This performance is a nostalgic journey through the best of popular music from Canadian stage and screen. From The Log Driver’s Waltz to “The Hockey Theme” (from Hockey Night in Canada), this program—conceived and conducted by Canadian Lucas Waldin—illustrates a different facet of Canadian music, and stars Toronto jazz singer Heather Bambrick.

In addition to co-presenting major commissions with orchestras across the country, the TSO has co-commissioned two-minute orchestral works from 40 partner orchestras, hailing from every Canadian province. These “Sesquies” will be premièred by the TSO in Toronto, and by each partner orchestra in its local community.

The TSO has launched a dynamic Canada Mosaic website and free digital learning platform to highlight Canada’s distinct musical heritage. During 2017, every new Canadian commission will be recorded and available online for free, in more than 40 audio and video recordings. Through streamed and recorded TSO concerts, listening guides, and interactive educational resources, this website is an asset for all Canadians looking to expand their cultural horizons. Starting today, audiences can explore an interactive “O Canada,” showcasing recordings of the anthem in 12 languages, including sign language.