The Toronto Symphony Orchestra (TSO)’s lush and beautifully performed virtual concert of Vivald’s The Four Seasons, featuring Concertmaster Jonathan Crow as violin soloist, is available for viewing until April 15, 2021. The unique concert experience aims to bring viewers into Vivaldi’s world through digital effects on stage as well as the inclusion of the composer’s own score markings, poetry that he likely wrote himself, and paintings that inspired him.

Vivaldi’s score included sonnets inspired by paintings by Marco Ricci. In this concert, the paintings emerge as a digital stage backdrop, a video effect achieved following the recording at Roy Thomson Hall. The four sonnets are read by musicians in their native languages including English, French, Mandarin, and Japanese.

Vivaldi’s score markings, which illustrated the sounds he hoped to evoke through the music— such as “Thunder” in summer, “Song of the birds” in spring, and “Chattering of teeth” in winter—appear on screen to invite viewers into the composer’s thoughts.

“The Four Seasons is a piece that has offered me new discoveries every time I perform it,” says TSO Concertmaster Jonathan Crow. “For example, having my colleagues in the Orchestra recite each of the sonnets in their native language felt like a message that Vivaldi would have appreciated—the universality of poetry and beauty.” 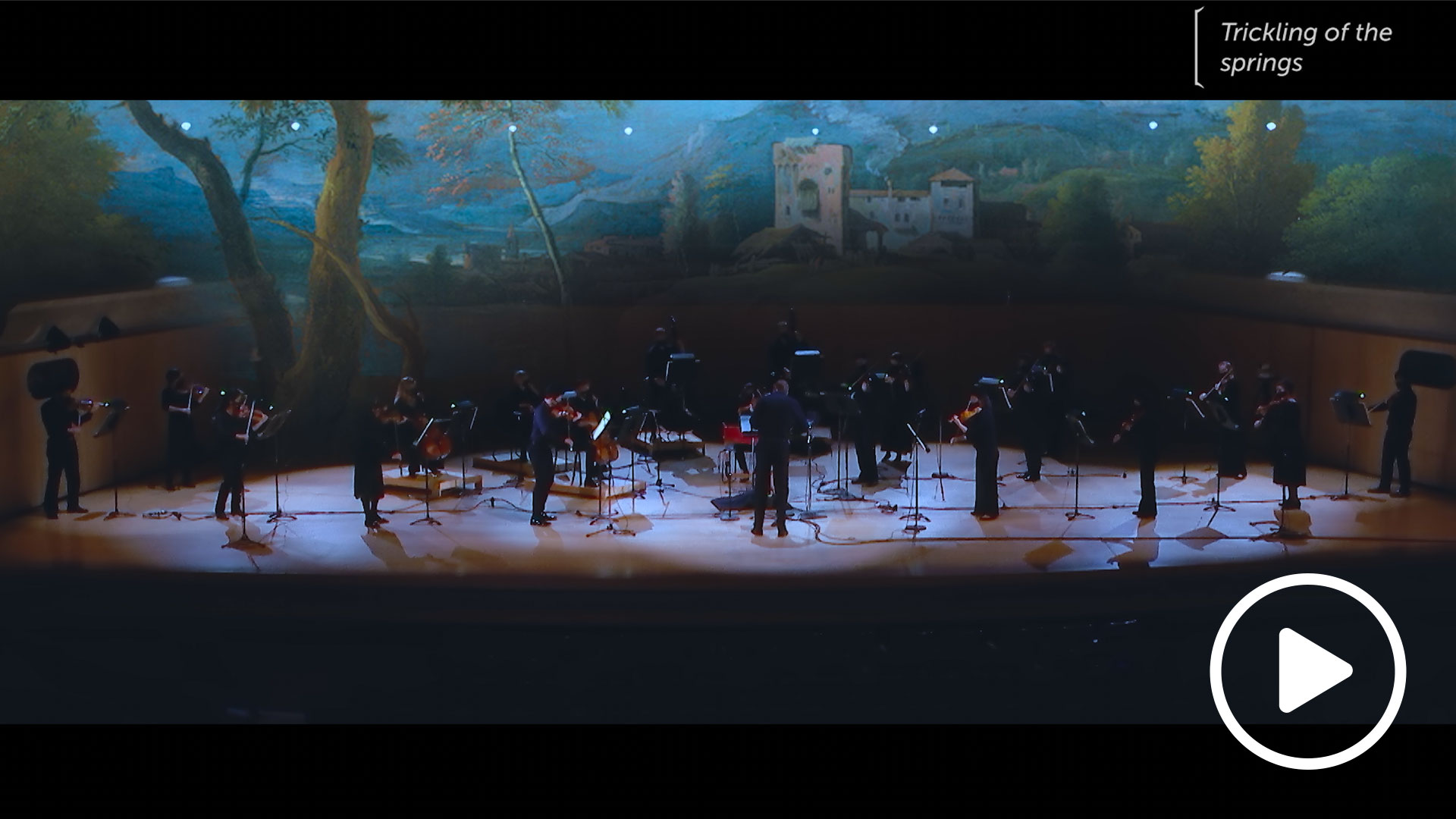 TICKETS can be purchased for $20 here.

The Toronto Symphony Orchestra is generously supported by the Canada Council for the Arts, the Government of Canada, the Ontario Arts Council, and the Toronto Arts Council.

The TSO acknowledges Mary Beck as the Musicians’ Patron in perpetuity for her generous and longstanding support.

This recording is generously supported by Indra and Rags Davloor.